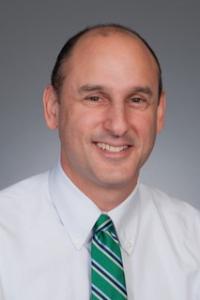 Michael Silverstein, M.D., M.P.H., is a professor of pediatrics, director of the Division of General Academic Pediatrics, and vice chair of research for the Department of Pediatrics at the Boston University School of Medicine. He is also an associate chief medical officer for research and population health at Boston Medical Center, New England’s largest safety net hospital.

Dr. Silverstein’s research focuses on mental health services for children and families. His primary interest is the prevention of depression in at-risk mothers and mothers of vulnerable children. He and his research team have conducted community-based trials with Head Start preschool programs in both Seattle and Boston, and depression prevention trials in medical settings among mothers of preterm infants and children with autism spectrum disorder. Dr. Silverstein has also conducted comparative effectiveness research to determine optimal systems of care for children with attention deficit hyperactivity disorder residing in urban areas. His work has been funded by the National Institute of Mental Health, the Eunice Kennedy Shriver National Institute of Child Health and Human Development, the Robert Wood Johnson Foundation, and the Health Resources and Services Administration. In 2010, Dr. Silverstein earned the Biobehavioral Research Award for Innovative New Scientists from the National Institute of Mental Health.

As a clinical pediatrician, Dr. Silverstein works primarily in Boston Medical Center’s inpatient pediatric service. He also sees patients in the outpatient primary care setting, and has taught residents and medical students in pediatrics for the past 13 years.

Dr. Silverstein earned his bachelor degree in Near Eastern languages and civilizations from Harvard College and his medical degree from Harvard Medical School. He completed his internship and residency in pediatrics at the University of Washington, where he also obtained an M.P.H. and completed a postdoctoral fellowship in the Robert Wood Johnson Clinical Scholars Program. Before joining the faculty of the Boston University School of Medicine, he worked as a primary care pediatrician in rural Washington State.